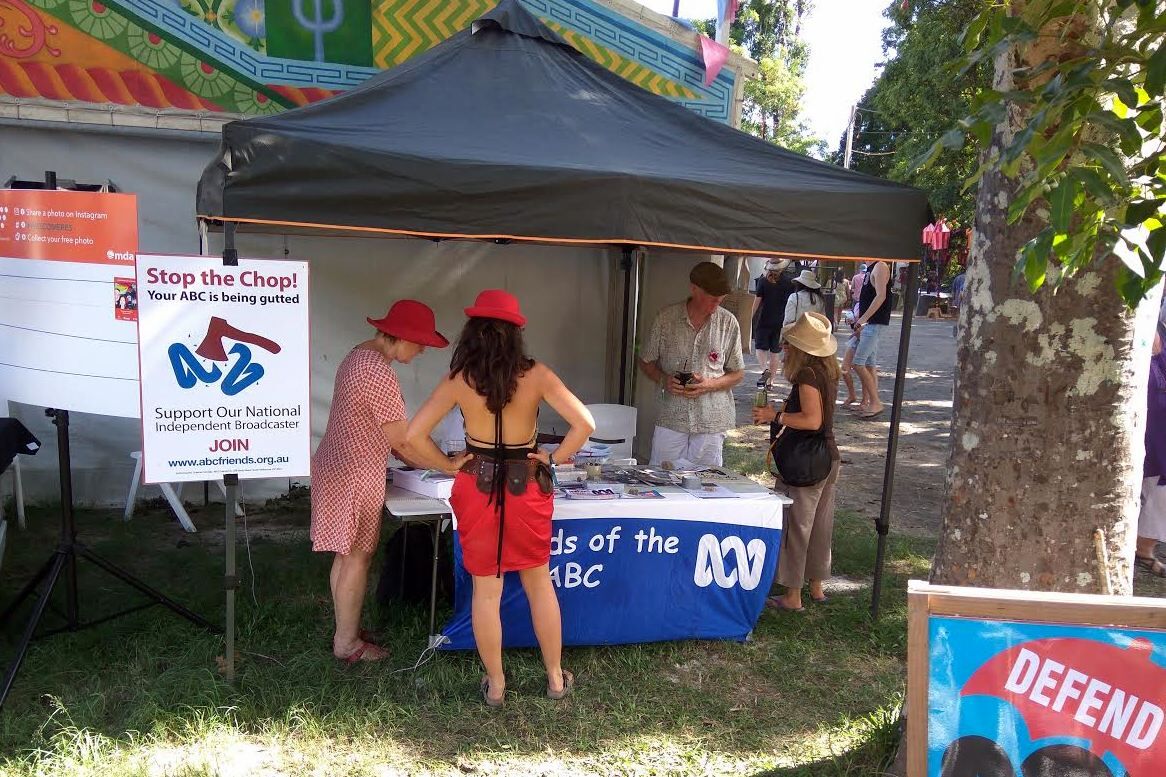 If you are new to ABC Friends, click on the JOIN button above. If you just want to renew your membership without setting up an account, click here and complete the membership form. Your details will be automatically updated if they have changed.

If you wish to set up an account, with a password, or have already done so, login here. Having an account enables you to change your own details at any time.

Get Involved with ABC Friends Queensland

We engage our membership through regular contact via the quarterly newsletter and emails relating to the actions of our national body.

Over the years, we have attracted a number of people who share our commitment to our public broadcaster. These constitute our ‘Supporters of the ABC’ group and we regularly canvas them on issues of interest to ensure that we continue to include them in our activities.

In Queensland, ABC Friends is an Incorporated Association managed by a Committee of volunteers elected each year at the Annual General Meeting. The Committee is closely connected to the membership and, as a community-based organisation, ABC Friends (Qld) Inc. is wholly dependent on the support of its members.

ABC Friends (Qld) Inc. operates independently while, under the umbrella of ABC Friends National Inc., working with Friends organisations from every Australian State and Territory on national strategies and campaigns to maintain the independence and integrity of the ABC.

ABC Friends is not aligned to any political party and operates fully independently of the ABC itself.