The forthcoming Federal Election is an opportunity for all Australians to show they will only vote for political candidates they trust to value and support the ABC. 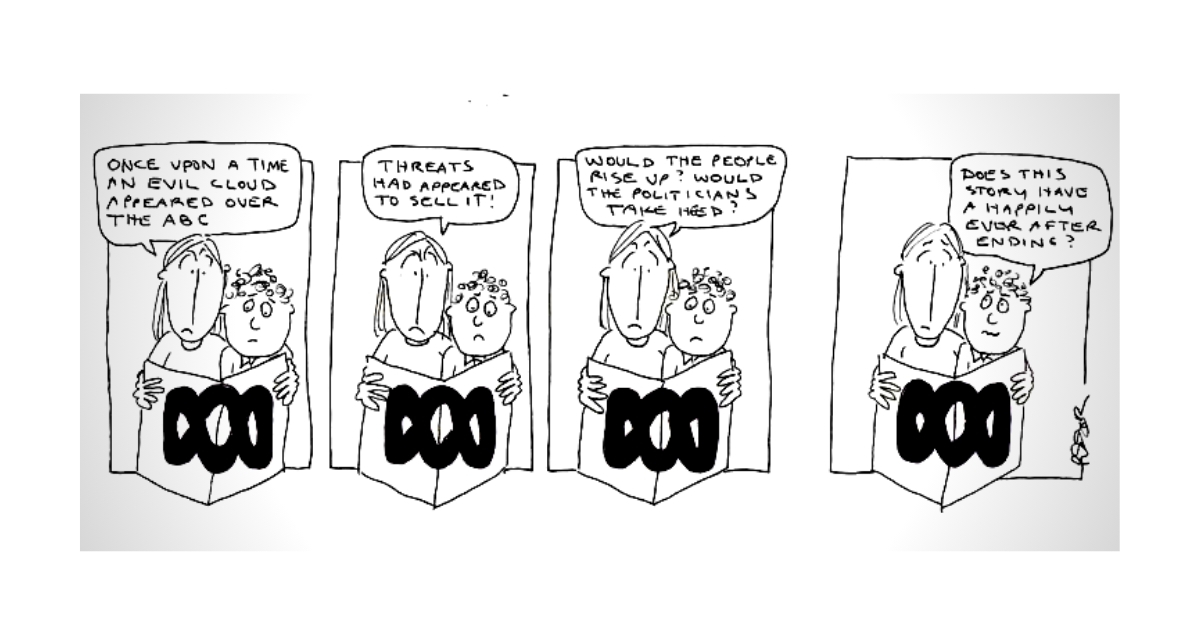 It is well known that some senior Liberal Party Members support privatisation of the ABC and others have vocally criticised the ABC and its independent role.

ABC Friends National today launched its targeted marginal seats election campaign to identify and recommend only those candidates who are committed to value and support the ABC.

Australians are demonstrating their commitment to the ABC through generous Crowdfunding support which is ongoing and will help us to communicate just how important a vote for the ABC will be in the coming election campaign.

Donate to the Election Fund

ABC Friends will be publicising the threats to the ABC and the urgency for voters to demand that their candidates commit to policies that restore the ABC’s role in our democracy.

ABC Friends will be active during the next five weeks surveying the attitudes of candidates and demanding party policies that enable the national public broadcaster to expand its role in informing and entertaining Australians as well as being our national voice in the Asia Pacific region.